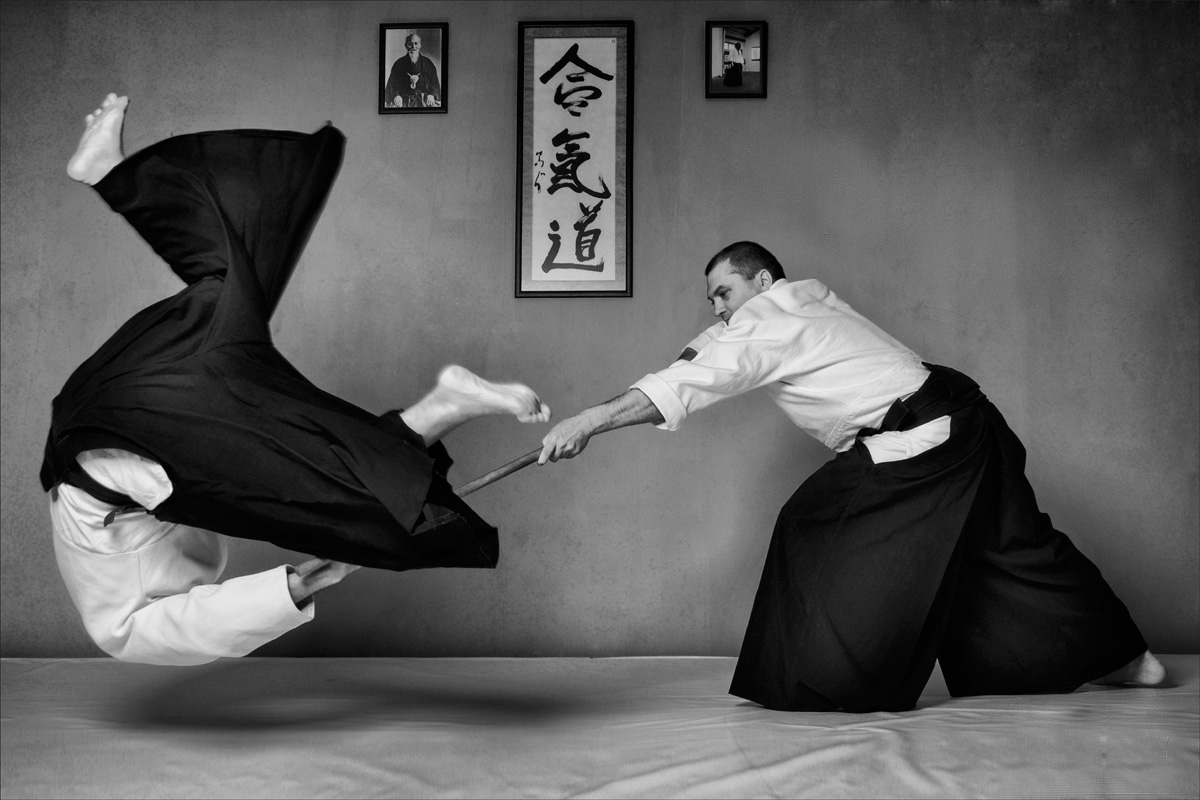 From 1967, he studied Aikidô at Aikidô Hombu Dôjô, Aikikai Foundation under Ueshiba Morihei, the founder of Aikidô, as one of the last apprentice students of the grand master. Inspired by his master, he has endeavored to introduce Aikidô not only in Japan but the world over. To date he visited numerous dôjôs not only in Japan as well as dôjôs in more than 30 other countries.